Want to start at the beginning of Leslie’s global career story? Part 1 is here, part 2 here.

In the previous two installments of my global career story I wrote about my global upbringing and education in Latin American Studies, as well as the four years I worked in China.

I’d studied abroad in Chile in college and the country had always held a special place in my heart. I’d stayed in touch with an entrepreneur I’d met randomly during my study abroad in 2005, and she invited me to join her solar energy startup team for their application to Start-Up Chile, a government-backed accelerator.

In July 2011, after a whirlwind of flights and visa applications, I landed in Chile. Our company’s Chilean business partner picked up my new colleague and me at the airport and delivered us to the home of our super-generous host.

At Start-Up Chile orientation, we joined entrepreneurs from countries like Brazil, Canada, Estonia, England and Portugal for an energetic introduction to the program.

Start-Up Chile was founded in 2010 by Chilean businessmen who’d lived in Silicon Valley. Entrepreneurship had long been an important component of Chile’s economy, but policymakers weren’t seeing as much growth as they’d hoped.

Academic research studies pinpointed a key problem: fear of failure was preventing would-be entrepreneurs from embarking on ambitious ventures. This fear stemmed from both legal and cultural conditions.

Alongside substantial changes in Chile’s business laws, the Ministry of Economy created Start-Up Chile to introduce entrepreneurship to Chile and Chile to the entrepreneurs of the world.

Each team received a budget of approximately $40,000, logistical support, access to a beautiful office, and so much more.

Start-Up Chile provided connections with leaders in Chile’s business community, which gave us access to partnership opportunities and cultural quirks. For example, we met with Chile’s biggest mining company to discuss solar energy projects and the office was decorated with pink balloons — it was some sort of spirit week competiton and the department had a Pink Panther theme!

Through this community, I soon got involved in a bunch of other projects.

These included translating a 42-page report about power lines from Spanish to English for an engineering firm and speaking to audiences all over Chile about startups, China and Silicon Valley. I even served as a Chinese-Spanish interpreter for mining investors.

As we finished our six-month term in Start-Up Chile, I wrapped up my work with the startup and moved in with my Chilean boyfriend.

These arrangements gave me the opportunity to experiment with a patchwork paycheck of teaching, public speaking, early-stage entrepreneurial projects and more.

I joined Co-Work, a collaborative office where I sat alongside entrepreneurs and local representatives of regional businesses. At a happy hour, I mentioned my latest idea: English classes focused on practical skills like pitching your startup to investors. The crowd loved the idea and asked: How much? How do I sign up?

Before I had time to start building out that idea, one of the founders of Co-Work forwarded an email from the Universidad del Desarrollo, a request to create and teach a new class in English about a niche area of entrepreneurship. Of course I was thrilled to hear this and scheduled an interview for the very next day.

I pitched the concept of an elective course about social entrepreneurship. My last semester at Berkeley I’d taken a class just like this and used it as the basis for the new curriculum. My class had about 30 students, half of whom were Chilean undergraduate business students and the other half exchange students from Europe. At the same time, I enrolled in a nights-and-weekends course in the design school of Chile’s top university, a diploma in creativity and innovation. I loved the class and made great friends.

Soon I had four part-time jobs and was in school and had trouble renewing my visa (visa bureaucracy is like a psychological tax on living and working abroad — not fun, anywhere) and all of that added up to a nasty stress-induced case of bronchitis. Yay, medicine.

As I gained more experience and figured out what resonated with my students, it got easier. I taught my social entrepreneurship class twice to two different groups. I added another class — one of the university’s core entrepreneurship courses, taught in Spanish — and eventually began teaching e-commerce courses at a second university as well. In collaboration with clients in Iquique, in the far north of Chile, I led a series of government-funded entrepreneurship workshops, including one where my parents flew in from Ghana to speak about Silicon Valley.

I’d been juggling all of these projects for about two years when the all-of-the-above approach went from being energizing to unpalatable.

Surrounded by entrepreneurs, I felt pressure to turn everything I’d been doing into a real company of its own. With a talented team of Chilean designers, I obsessed about transforming my personal blog into a bilingual consultancy. For months I wrote and rewrote in English and Spanish, describing what this company could offer—Interactive Workshops, Collaborative Translation, Dynamic Presentations—and showing it to everyone who would listen, begging for advice and validation.

The designs and redesigns felt wrong, mostly because I was trying to communicate too many things to too many types of people.

And none of those truly reflected what I really wanted to do, what was really keeping me up at night.

Those middle-of-the-night voices usually said the same thing: Me quiero ir. I want to leave.

This desire started off vague and then I began to research options to make it real. More on that in the next installment.

As I look back on three years working in Chile, here are the biggest lessons I’ve taken away from it all:

Tune in next week for the final installment of Leslie’s global career story! 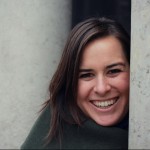 About the Author: Leslie Forman

Leslie Forman is a design and communications professional in San Francisco. She's always eager to connect with fellow global citizens on LinkedIn and Twitter.