As I unsuccessfully tried to stuff my duvet into my new cover this morning I had to laugh. I’ve been using a duvet since I was a teenager living in Germany and I still suck at duvet wrangling.

Why don’t I give up on the duvet and go back to what I grew up with – sheets and a bedspread? Because using a duvet reminds me of living abroad. (And, practically speaking, I’m lazy and it’s so much easier to make my bed using a duvet.)

Thinking about why I still use a duvet got me thinking about all of the little things I incorporated into my life after living in Germany:

I’m sure I could think of a bunch more – these are just off the top of my head. I mentioned recently that living abroad as a teenager didn’t change me so much as it created me. I identify as US American but I’m like mint chocolate ice cream…mostly US American with flecks of Germanness throughout.

What about you? What have you incorporated into your life after living abroad? 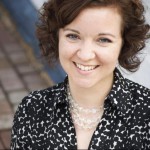 About the Author: Dr. Cate Brubaker

Dr. Cate Brubaker is on a mission to make re-entry after living abroad a positive, transformational force (even when it’s not easy…especially when it’s not easy)! Cate is the author of the Re-Entry Roadmap workbook and the Study Abroad Re-entry Toolkit. Cate has lived in Germany, worked and traveled in 37 countries on four continents, and has helped all kinds of globetrotters successfully navigate global transitions for over 20 years.