——–
One of the goals for my global life was to live in Europe for a longer period of time and to teach abroad. When the opportunity abruptly presented itself, I took it.

It was after much debate and advice seeking…I’m a planner, so having less than a month to put everything together was my less than ideal situation. How would I plan some lessons? How could I figure out what I’d like to share about my hometown? What about where I’d live?

These and many more questions flooded my brain, but I had to just run with it! After nearly a year later, there are some things I wish I could have done to prepare.

In hindsight, I would have been a much better teacher. Although, at the time, I didn’t think it was necessary. I had experience teaching at the university level, and thought..how different could it be? I thought, “I’ll be teaching elementary school aged kids, it’ll be just like babysitting…but an extension because I’ll be teaching them English!”

It was a classic case of not knowing what I didn’t know. It would have helped with lesson planning, determining appropriate difficulty for activities, and English grammar basics. Speaking a language is one thing, but explaining the rules on when to use how much, how many, some, and any…isn’t just second nature.

I ended up buying an illustrated book called A Guide to the Language: English Is Not Easy written from the perspective of a native Spanish speaker. It made me realize English’s oddities and how difficult these can be to explain to English language learners!

2. I wish I’d brought more teaching tools with me.

Believe it or not, internet was a tough commodity to come by in Spain (so my lesson planning research was limited). Plenty of wifi networks were around my apartment building…but no neighbors were open to sharing with me. Getting internet set up in my place wasn’t a quick or easy task, and spending an afternoon in a coffee shop wasn’t the norm.

I would have been so smart to bring things like menus, card games in English, magazines all in English, books, coloring books, workbooks, more pictures of my family, greeting cards, fliers, and brochures…anything in English that my students could have translated, used as discussion, dissected, or used as ideas for further development.

This one’s a bit specific, but it would have helped in my part time gig at an English language school. Most European countries use these tests to determine language levels on speaking, reading, writing, and listening to demonstrate a common structure for fluency and language acquisition. Very helpful!

Part of my job was to help students prepare for these exams – some were ni nis (a Spanish phrase for someone that doesn’t work nor go to school…an example of how their economy has plummeted), some were there to learn English for work, and some were young kids. I had quite the range, my youngest student was four, and my oldest was well over 50.

For some lessons, I was preparing songs about colors, and for others, I was prepping debate topics for conversation starters. Each worked towards their exam competencies, but having more background on such a widespread and well known test throughout Europe left me silly for not knowing sooner.

While each of these are part of my ‘coulda woulda’ teaching abroad wish list, they also served as great trial by fire learning experiences. I learned to think more so on my feet (Carrie, could you please explain two examples of geothermal energy to the class today?) and to let go of expectations. The only certainty you can count on when teaching abroad is that each day will be different!

Have you taught abroad? Would you change anything to prepare? 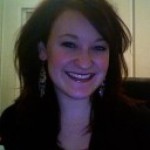 About the Author: Carrie Niesen

Carrie Niesen is an Associate Relauncher at Small Planet Studio. In previous lives, Carrie’s taught communication courses, lived abroad in multiple Spanish speaking countries, and is now hot on her pursuit for a location independent lifestyle. She enjoys helping the SPS community with all things related to re-entry and leading an ideal global life.